Causes of Teeth Grinding During the Day

Doctors still don’t completely understand what causes awake bruxism, also known as daytime bruxism. However, it may be due to a combination of physical, genetic, psychosocial, and psychological factors.

Daytime bruxism may be due to the following reasons: 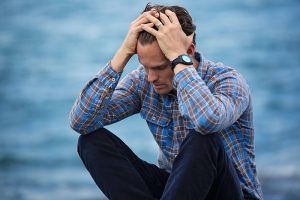 Nighttime grinding is sometimes related to hyperactivity, sleep apnea or acid reflux and can appear as a side effect of certain medications intended to treat depression. Individuals who clench or grind their teeth while sleeping are more likely to have additional sleep disorders.

Another thing that can increase the risk of teeth grinding is using substances such as tobacco, caffeine, alcohol, and illicit drugs. If you suspect you suffer from teeth grinding or clending at night, keep track of symptoms and talk to your dental practitioner at your next appointment about getting a referral to a TMJ specialist.

While there is no cure for bruxism, a TMJ specialist such as Dr. Pine will be able to help ease your pain by helping reduce the nighttime clenching and grinding by fitting you with a custom mouth piece called Emryl Guard. Emryl Guard inhibits your front and back teeth from touching, essentially eliminating bruxism all together. Call today to schedule a consultation with Dr. Pine in Orange, California.

Our goal is to eliminate your TMJ pain by reducing nighttime clenching and grinding. Call now to talk to Dr. Pine, our TMJ Specialist Orange County